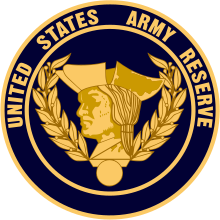 Mason & Hanger has been selected by the Louisville District U.S. Army Corps of Engineers for a Multiple Award Task Order Contract for Army Reserve Projects. The Louisville District Army Reserve mission is nationwide, including Puerto Rico, Guam, and American Samoa. The total combined contract capacity under the umbrella contract is valued at $45,000,000 over a five year contract period with no option years.

Mason & Hanger has served the U.S. Army Reserve continuously for 25 years with our first contract being in 1995.