When the U.S. Department of State expressed an interest in exploring solar electricity generation at the 26,247 square foot U.S. Mission to the United Nations in Geneva, Switzerland, Mason & Hanger conducted the site assessment and addressed repairs, upgrades, and the potential for solar-generated electricity using photovoltaics.

Mason & Hanger engineers visited the site and met with the local utility officials to negotiate rates and support the U.S. government for the interface with local power grid and metering requirements. As a result of the site assessment, it was concluded that up to 118 kilowatts of peak PV capacity could be fielded on the facades and roof surfaces, resulting in a harvest of nearly 106 megawatt hours of solar-generated electricity each year.

On Earth Day 2019, Mason & Hanger and the U.S. Department of State, Bureau of Overseas Buildings Operations celebrated this facility’s conservation wins. The Bureau of Overseas Buildings Operations shares this update: “As of this year, the solar panels that were installed at the U.S. Mission Geneva (OBO’s first project of its kind), have paid for themselves! The 105.1 kilowatt system produces an average of 270 kilowatt hours of power a day, and reduced carbon emissions by more than 150,000 pounds in the first year alone. At peak capacity, the system can produce enough electricity to power 37 average homes.” 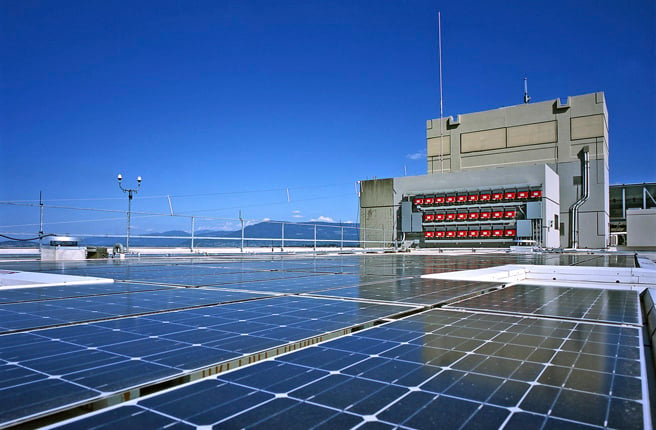 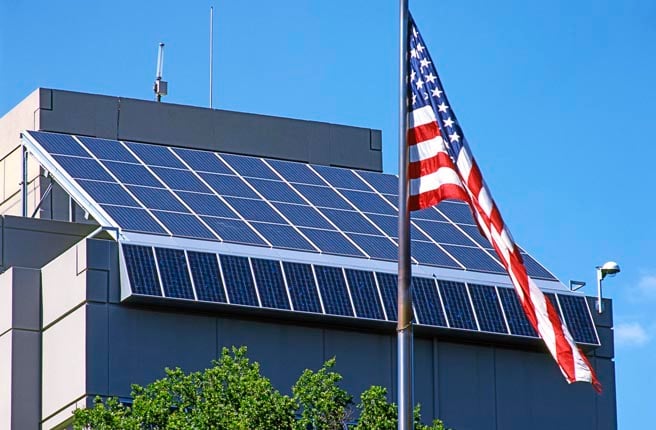 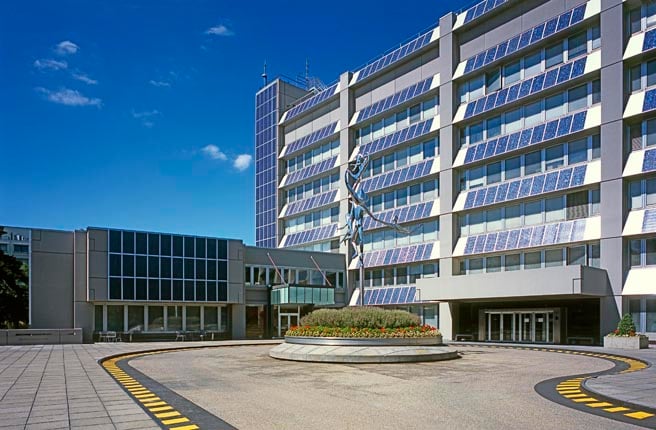